FROM €TBC EUR
per person / stay

This one-time-only unique Bootcamp offers an experience unlike any other! Within these four days, you will be hunting the magical Aurora Borealis with three professional Aurora photographers. They definitely know the best spots to catch natural phenomena.

During the trip, you will be accompanied by our three professional Aurora Borealis photographers. Each of them takes you to hunt the Aurora Borealis for one night during the four-night stay and shares their knowledge and tips for hunting and photographing the magical lights of the Arctic sky. Just hop on a car to travel the roads of the far up North to find the best locations to spot the Northern Lights.

You’ll stay in our unique Aurora accommodation to maximize your chances to see the Northern Lights and enjoy Arctic nature. Glass-roofed Cabins and Suites bring you closer to the picturesque beauty of Lapland. 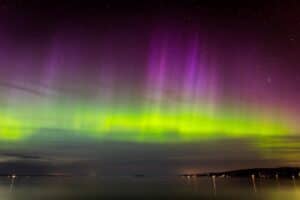 On your arrival at Rovaniemi airport a driver will wait for you in the arrivals hall holding a sign with your name on it and will drive you to your accommodation in the middle of authentic Lappish nature. The journey takes about 10 minutes.

If you’d like to add any additional tours to your trip package, please let us know. 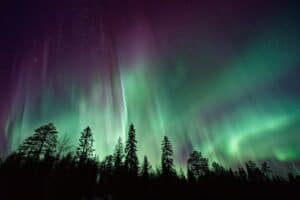 In the evening it’s time to your first northern lights tour. Toni is a Lapland-based photographer, content creator, and filmmaker. He used to be a professional ice hockey player, but nature and photography took the leading role in his life after his sports career.

The main inspiration for his work is Northern nature. With an adventurous mindset and background as a professional athlete, Toni is always eager to take over new challenges. 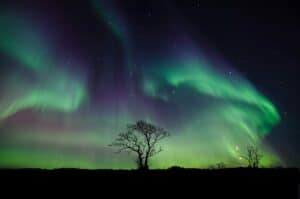 In the evening it’s time for another northern lights tour. Jari Romppainen, aka JARCCE, is a Lapland-based photographer and teacher. He started photographing only in 2017, but his strong passion for learning made him work as a part-time professional photographer already in 2018.

Jari’s Aurora Borealis videos have gone viral several times, and hundreds of millions of people have already seen Jari’s fantastic work. According to his own words, the feeling is the main focus of his photos and videos. He always tries to find special light for his pictures. In addition to the Northern Lights, he loves full moon and sunrises. 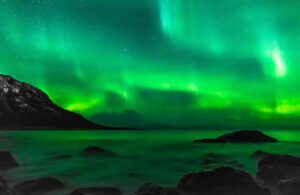 In the evening it’s time for your last northern lights tour. Alex is a crazy aurora hunter based in Rovaniemi Lapland Finland. During his almost a decade-long Aurora hunting career he has filmed hundreds of amazing Auroras. His numerous videos were featured dozens of times in the major news outlets of the world, including BBC, Reuters, CNN, The Guardian, Bild, Globo, and the likes.

When it comes to aurora hunting, his passion takes him as far as 500 km north of his home, or even across the borders of Sweden & Norway. In addition to taking pictures & videos with auroras, Alex also from time to time streams the Northern Lights live on his channels.

Time to say goodbye and end your Northern Lights Tour. Your driver will pick you up from your hotel and take you to the airport for your departing flight.

Want to travel on different dates? Not a problem, please let us know what dates suit you best and we can send you a personalised offer.

We use cookies on our website to give you the most relevant experience by remembering your preferences and repeat visits. By clicking “Accept All”, you consent to the use of ALL the cookies. However, you may visit "Cookie Settings" to provide a controlled consent. Read More
Cookie SettingsAccept All
Manage consent

This website uses cookies to improve your experience while you navigate through the website. Out of these, the cookies that are categorized as necessary are stored on your browser as they are essential for the working of basic functionalities of the website. We also use third-party cookies that help us analyze and understand how you use this website. These cookies will be stored in your browser only with your consent. You also have the option to opt-out of these cookies. But opting out of some of these cookies may affect your browsing experience.
Necessary Always Enabled
Necessary cookies are absolutely essential for the website to function properly. These cookies ensure basic functionalities and security features of the website, anonymously.
Functional
Functional cookies help to perform certain functionalities like sharing the content of the website on social media platforms, collect feedbacks, and other third-party features.
Performance
Performance cookies are used to understand and analyze the key performance indexes of the website which helps in delivering a better user experience for the visitors.
Analytics
Analytical cookies are used to understand how visitors interact with the website. These cookies help provide information on metrics the number of visitors, bounce rate, traffic source, etc.
Advertisement
Advertisement cookies are used to provide visitors with relevant ads and marketing campaigns. These cookies track visitors across websites and collect information to provide customized ads.
Others
Other uncategorized cookies are those that are being analyzed and have not been classified into a category as yet.
SAVE & ACCEPT